Ted Talks and the Real Stories in Life

I’ve been working on my 100 day plan, which, so far, has included attending two of the recent Ted Cinema Experiences, where I was able to watch some of the 2017 Ted Talks live from my local theater. 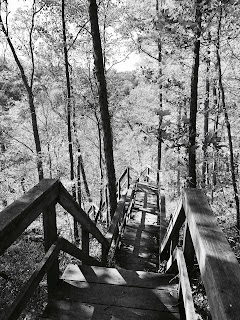 This year’s theme was about the future, spanning topics from data security to artificial intelligence to alternate energies and how we, as individuals, will need to help shape and envision how we get there.

One of the things I’ve always loved about Ted Talks is that the topic is rarely the real story, and the true inspiration begins when we meet ordinary people, often facing seemingly insurmountable challenges, who go on to make extraordinary things happen.

I have “met” some of my favorite thought leaders via video links on Facebook (Brené Brown and most recently Tim Ferriss).  There is always some irresistible hook that draws me in and makes me hungry for more knowledge, more insights, more connection and a deeper level of understanding.  The kind of stimulation and perspective that commands my attention and jumps ahead and past all the other social media competing for my stream of consciousness.

And in having engaged in an almost daily practice of seeking out Ted Talks online to re-charge my battery and re-engage, I’ve also made a few observations for advertisers and content creators:

·      It’s very difficult to compete with real people.
·      It’s impossible to win against authenticity (so keep it real).
·      The best content is a two-way conversation that invites dialogue.
·      Sharing a story online means letting go of the belief that you are the only one holding the pen and you may not get to write the ending.
·      Some of the best stories have surprise endings and catch us off guard long enough to open our minds and consider more…as an advertiser or content creator, this is a privilege we share and an opportunity to do more (so do more!).

Jumping back into the real world, I am reminded that those same thought leaders whose ideas have risen up and bubbled over…began just as simply as you and I and others from every walk of life.

And my current gait and pace in walking through life right now has reached an optimal speed that has enabled me to meet other thought leaders, who may never reach a Ted stage.

The first I met last week, while waiting on a friend for lunch.  He looked to be in his mid-twenties and seemed quite happy with life.  It’s funny how willing people are to make a connection and share when you are living outside your own bubble and with an openness to simply caring about someone else’s existence.

In the time it took for my friend to arrive, I learned that this young man was quite happy with his job waiting tables.  He had previously worked at another food chain and had been trying for months to get a job at this establishment…a “mom and pop” type restaurant that had been around for about 70 years.  He talked happily about how every time he’d come in, he knew all the people behind the counter and how he persisted in asking a friend to make introductions and help him get a job there.  He said that after having finally landed the job, he loved the work and people and that his workday always flew by.  He seemed to be personally vested in the history of the place and proud to be a part of it.  He went on to say that he got really lucky and that this was the best job he’d ever had.

All that in ten minutes! Imagine what we might learn if we listened more … during our every day encounters, in our workplace, and with our employees.  Employee loyalty is golden and intrinsically tied to productivity and general job satisfaction.  That would be my observation from a strategic business perspective.  But I’m operating on a deeper level these days…and my observations had more to do with enjoying a finite point in time where I have the luxury of expanding out beyond my own circumstances for a better understanding of others.  And importantly, a better appreciation for the moments I’m living in and a chance to be even more thankful for the journey I’m on…and hoping to be half as lucky as this person I’d just met, in landing a job that brings personal satisfaction and happiness.

My second encounter was with a young girl, who I met while waiting for an appointment.  She was sitting cross-legged on the floor, surrounded by several plastic containers of beads and jewelry making paraphernalia.  I couldn’t resist asking her about her crafts and she started talking happily about how she was making items to sell at a church fashion show later that day.  She showed me several of the pieces she’d finished, each one carefully placed in a zip lock baggie and priced with a post it note.  I was so impressed with how confident and outgoing she was and immediately thought of Sheryl Sandberg and Lean In…seeing this young girl as one of our future female leaders and entrepreneurs.  Her youthful determination and creative spirit was like a breath of fresh air.

She also had a super cute pair of dangly earrings I had to have and I gave her a few suggestions for how she might market her creations online.  But again, as with the waiter earlier in the week, I again found myself getting way more than I gave in this encounter as well.

I think every time we meet someone, we have an opportunity to learn.  I think that we all have life topics that are only part of our story…and even without a microphone or stage, we can inspire each other every day…if we take the time to listen.