You know it's been a long winter and time for spring yard sales when....

A few more pennies for my thoughts!

I know this won't seem like a big deal to most...it's not even close to being able to cover any bills in 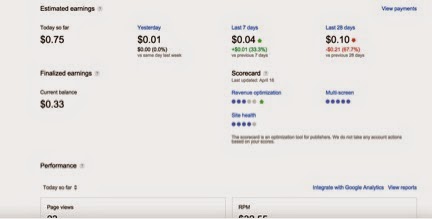 the household and light years away from my day job.  So how come I just want to dance for joy and do the #Snoopy dance?

I think it starts with knowing that people are reading what I have written...it has less to do with money and more to do with that great feeling of accomplishment in knowing that my thoughts and words have impacted others in some small way.  It inspires me to do more.  To keep staying up late and getting up early...to feed and nurture my blog and writing, sharing key life moments we all relate to and can celebrate in.  To encourage myself to do more than I have and keep my possibilities open and endless.

Thanks for helping me to stay inspired and for joining me on this cool journey! 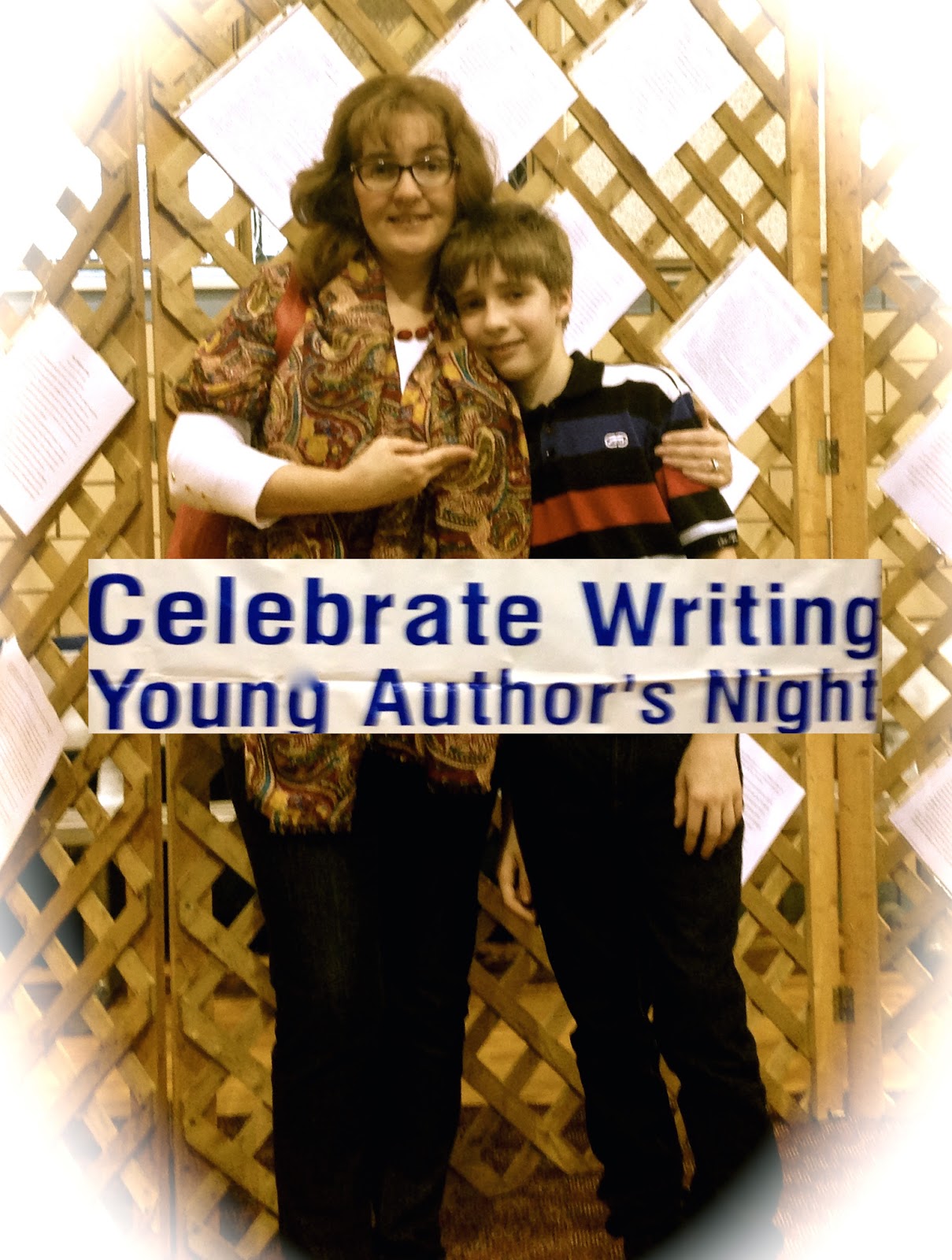 Christian made his writing debut and shared his short story by reading to a group of other student writers and parents.  https://youtu.be/O_7lnVUCbsU


It was exciting to see new creativity spark in my 10-year-old son's mind...and to think that he might share a love for writing as I do.  #proud mom.

The lifeless puppets lay strewn across the stage with emotionless stares and strings waiting to be pulled and manipulated.

Their meaningless existence shows through in the lines on their faces.  The idiotic painted smiles give no indication of any thought provoking activity going on inside.  And the years go by, a silent clock soon to run out and never be rewound.

So simple do they seem and yet as similar as they appear, there is an obvious difference in each one.  Just once, a light swept into the pile of inanimate beings, each light varying from dim to bright...with only some with the slightest shade of intensity.

These mysterious inhabitants reek havoc on their own lives as well as that of others; permitting emotions that permit both pleasure and pain.

For some, the surface is all there is to see.  Just a scratch or even a deeper cut beneath would reveal much of the same.  Their life is not marred by any true knowledge or awareness.  They are happy because they are incapable of feeing pain.  Not to say they cannot inflict it upon others.  They will probably venture through an entire lifetime without once pausing to consider what they might be missing.  Majority rules and they are without a doubt in the dead center.

For others their appearance is an introduction to a complicated maze of thoughts that stem from every emotion ever felt, examined and filed for future reference.  Despite the obvious, the Puppeteer still intertwines the strings and the animated puppets find themselves mixed with inappropriate dance partners, who, given the chance, attack each other...once devoured and the other resting before its next meal.  Defeated, the remains scattered, the apparent loser quietly marches off stage in disgrace, carefully picking up the pieces, not wishing to lose any.  Yet inevitably, they forget where each piece went and the ones that don't fit any longer are discarded and misplaced somewhere deep beneath the surface.

From there, facades are maintained; each thought is weighed more carefully than before and the light is guarded with a fortress of darkness that only reveals the slightest shimmering of light...veiling any true communication that might permit another fatal dance.

The casualties of emotion mount and numbers stagger in comparison to even the bloodiest of wars.  All honesty and sincerity is replaced with cynicism and distrust.  Almost daring anyone to come too close...forewarning of the burn should anyone come too close to the flame.

The fear of stumbling is too great to reach for something that might just as well glide smoothly across the floor without flaw.  Time passes quickly and reasoning is muddled amidst memories of a time when life seemed almost unbearable.  To survive, the light must be cut in half, severing any ties that might become a liability late on...settling for mediocrity in lieu of loneliness, yet refusing to allow true vulnerability.

At some point, fate deals another cruel blow.  Another misfit puppet plummets right into a tangle between all the jumbled mess, throwing the cautious puppet into a tailspin.  Starting to doubt the fear inside, hoping desperately that another chance is warranted.  Cautiously approaching the magnetizing light, much like that of a moth to flame...careful not to reveal too much, too soon, if ever.

Just when the guard is released and the gates come down, too late is the realization of potential danger.  A glimpse of what could have been just before the crushing blow is delivered.  Another guarded individual.  Much more concerned over emotion...much wiser?  And careful!  Withdrawal is inevitable and they are left in the slaughter of disposable pawns.  So sweet was the withdrawal, silently slipping away beyond reach.

Again scattered pieces are hastily retrieved.  The mind retraces steps to reinforce weaknesses in case another battle should break out.

Back to life where they co-exist and are merely observers of life.  The doubt of danger is now a certainty and they dare not come out.  The pleasure pain always lingers hurt in the end and a momentary grasp of something is not worth the knowledge they are left with when there is nothing.

But the cycle does not stop there.  Another unsuspecting player is drawn to the fire buried deep beneath the surface.  And so the endless tragedy repeats itself.  Another closed book.  Another fallen dancer.  A cruel Controller, who continually pushes and pulls strings to the limit.

We have the power of our minds.  We can resist but not hold out entirely.  A mass web of confusion destined to continue on into eternity.  Waiting and watching...the fear ebbing only to resurface again.

Anticipation cannot be measured in a cup; it cannot be visualized in mass or volume.

It's presence is not visible to the naked eye...and yet it remains ever present, wielding more force than a well swung shovel.

It pushes you forward, waiting to hear the outcome of your fate.

If "chance" is replaced with "prayer," the odds improve.

Life is a flat line without a strong faith to back it up.

The peaks and valleys we walk through are paved with the One who goes before us....so long as we follow Him, we will not be lost.

In his kindness and mercy we rest - in ever changing needs and circumstances we rely upon Him even more.

And in questioning outcomes, we believe there is a reason for every season.

This is my prayer for peace.

I don’t remember when I started watching Jeopardy…I only remember that it became a nightly ritual with my dad, where we’d talk over the phone every evening at the same time and “compete” with the show on tv.

Every night, we’d wage through final Jeopardy, feeling brilliant and ignorant depending on the category and questions.

We always bet it all with the Daily Double and went for broke with Final Jeopardy.

Alex Trebek sounds exactly the same as he always has.  Sure, he’s older, like the rest of us.  But this small and simple routine, with that familiar voice is something I’ve come to love and kept as a family tradition.

My dad died in 1995…and the three years leading up to that continued our tradition, even when he was too sick to do anything else.  Funny how something simple sometimes sticks.  My routine of competing continues with my kids.  First, with my firstborn (now 26), and now with our 11 and 13 year-old-sons.

I still remember my oldest, when he was about 7, when Greek Mythology came up and he randomly answered correctly with, “Snakes” to describe Medusa.  A proud moment indeed!

So much has changed and re-arranged in my life…but 7:30 p.m. continues as a reserved time slot in the family room.  We sit around the couch, over the computer desk, and test our skills.  We all get lucky sometimes…and on those tough category nights, we go for broke and lose it all.

So at the beginning of the work week, I look forward to tonight, watching Alex introduce the new contestants.  I’ll wrangle at least one of my boys to serve as a “contestant”  and we’re continuing a simple, but familiar tradition that somehow creates a link between two children my dad never had the chance to meet…and me as I embrace this warm memory of my dad every day.

Thanks, Alex…”What is #jeopardy and my #family."

TBT - The More attractive You!

Pressure is the stumbling block for most people.  The inability to complete a number of tasks in the time allotted or the inability to meet the obligations set forth from the very beginning.

Once realized, it is increasingly more difficult to succeed, the mind constantly preying on the fear that all will not work out and one will fail miserably.

Shadows from the past linger and refuse to fade into darkness and the reality of the future tears into the present.  Getting a grip to hold on to what is and what will be, careful not to let go of the present until the future is secured.  A well calculated step without any risks, save the possibility of hurting someone along the way.

The people who remain aloof, detached, and alone … those are the people deserving of true respect and admiration of courage and strength.  For it takes very little to settle one’s life nicely into the general scheme of things with a partner.  It is far too easy to lay blame to one’s mate for failures along the way.  A solitary individual recognizes each failure, taking full responsibility.  There is no need to rationalize mistakes.  They are merely taken from a different point of view.  The learning process is constantly at work in the single mind.  Accept life’s challenges alone and without hesitation because challenge is not an option for the true self; more a simple requirement or price of admission for what is needed to succeed in life.   Not in monetary value or political stature.  But in the recognition you find when you think of all you are.  And find comfort in the simple fact of all you are not.  A grander look at the less glamorous side…but by far the more attractive – you.

Top Ten April Fools Tricks To Avoid…and One To Use